Women are a growing force everywhere these days: in the workplace, the financial industry, and at home. But as more and more women seek to take charge of their financial life, using the same old rules that men have traditionally followed in their financial journey just doesn’t work.

There are six key ways financial planning differs between men and women – some of them reflect unique challenges, some reflect real strengths, and all of them are vital to know when women are planning for their own financial future.

1. On average, women earn less over their lifetime.

The pay gap between women and men is well-known at this point, and it’s even starker between white men and women of color. White women make 82 cents for every dollar a man earns – and that number is 63 cents on the dollar for Black women and 55 cents for Hispanic women.

But that’s not the only gap – women are also more likely to leave the workforce to care for family members. They will spend 44% of their adult life outside the workforce, compared to 28% for men. And when they do return, their wages are often even lower. That means there’s more of a gap in income and wages for women to consider when they’re planning for their financial future.

2. Women tend to save a greater percentage of their income.

That’s right – despite that wage gap and often a lack of financial education, women save a greater percentage of their earnings. A study by Fidelity recently found that women save 9% of their salary every year, while men save only 8.6%. That’s a positive start to a solid financial future.

However, due to the gender wage gap and years taken out of the paid workforce to care for others, women save less in terms of dollars. Combined with their longer lifetimes, this can make living well and retiring comfortably harder for women. Women are also less likely to invest than men, meaning their savings are not doing as much for them over the long run as men who invest early and often. This is especially true for younger women, who are the least likely to invest their money.

That Fidelity study quoted above also found more good news for women. When they do invest, women are better investors than men. Women achieved higher average returns than men, which could occur for several reasons. Women are more likely to take the long-term view, since they’re typically responsible for the operation of the household. Men also trade more than women on average, which can lead to fewer earnings.

This long-term view is a positive factor – especially when you consider that women live longer. However, the fact that fewer women overall invest means there is much room for improvement. Most financial planning models are geared towards the priorities of men – not reflecting the career gaps that women typically experience, and assuming timelines based on the average male lifetime.

When it comes to cash flow, expect women to make more informed decisions about the purchases they make.

Women are more likely to shop sales, apply coupons, compare prices, and source their goods from outlet stores, which are generally less expensive. This can open up more opportunities to achieve other financial goals with the money saved by conscientious shopping.

5. Women typically go into debt for different reasons than men.

According to a 2018 study by American University, when women accrue debt, it tends to be in order to make ends meet during lean times. On the other hand, men more often use debt to fund luxury purchases that they wouldn’t otherwise be able to afford.

Doubtless, the former strategy is more financially sound than the latter. Women in partnerships with men often experience these differing approaches to debt as a sticking point in their financial discussions with their partners.

6. Women are more likely to prioritize paying off debt over other financial goals.

Once women have acquired debt, they are more likely to prioritize paying it off over achieving other financial goals, like going on a dream vacation.

That being said, men tend to set aside more money for their financial goals (including debt repayment) than women, in terms of dollars and cents.

Women face different challenges than men in their financial journey – but they also have many strengths. Getting informed about investing while thinking long-term is vital for every woman, no matter her current financial status or age. That increased longevity means it’s never too late to start.

And one thing that can help women get increased confidence and take control of their financial life? Working with a trusted financial advisor who knows both the road ahead of you, and how to get you to your goals the right way.

3 Financial and Your Retirement Plan

Financial planning is integral to maintaining a comfortable standard of living and one day achieving financial freedom. That’s why it’s important to work with a financial advisor who is experienced, knowledgeable, and trustworthy.

When you work with 3 Financial, you’ll work with a Certified Financial Planner™ who offers fee-based services, grounded in expertise and a genuine commitment to clients’ financial and personal success.

Plus, 3 Financial is woman-owned and operated, so you can expect to work with someone who understands your perspective.

Reach out today for more information. 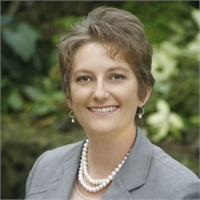